Gun Control 2015: Americans Are Buying A Record Number Of Guns For Christmas

12 Times Mass Shootings Were Stopped by Good Guys With Guns

Oct. 1, 1997
Luke Woodham fatally stabbed his mother at home before opening fire at his high school, killing two students and injuring seven others. The attack was stopped when Assistant Principal Joel Myrick retrieved his .45 caliber handgun from his truck and confronted Woodham, detaining him until authorities could arrive.

Myrick’s action stopped Woodham from going across the street to the middle school as he had planned.

April 24, 1998
A 14-year-old student showed up to his middle school dance carrying a .25-caliber pistol. He opened fire inside the dance, killing one teacher and wounding another as well as two students. The rampage ended when James Strand, owner of the banquet hall the dance was happening in, grabbed his personal shotgun and confronted the 14-year-old killer. Strand held the teen at gunpoint for 11 minutes before finally getting him to drop the weapon and lie on the ground and searching him for additional weapons.

Jan. 16, 2002
A 43-year-old former student armed with a .380 handgun killed Dean Anthony Sutin and Professor Thomas Blackwell with point blank shots and went on to kill fellow student Angela Dales as well as wounding three others before being confronted at gunpoint by law students Tracy Bridges, a county sheriff’s deputy, and Mikael Gross, a police officer, after retrieving their personal handguns from their vehicles. The gunman was then apprehended by other students.

Gross and Bridges lost valuable response time accessing their handguns because of the law school’s standing as a gun-free zone.

Dec. 9, 2007
2 parishioners were killed and 3 wounded when a gunman toting a Bushmaster AR-15 opened fire at New Hope Church. Hearing the rifle fire, Jeanne Assam grabbed her personal concealed carry firearm and confronted the gunman from a distance of 20 yards. According to 5280 Magazine:

She fires five quick shots. Murray falls backward. Assam moves to the middle of the corridor and rushes forward. She’s a few dozen feet from Murray now, exposed in the middle of the hallway. “Drop your weapon, or I will kill you!” she yells. Murray sits up to face her. He’s still holding the rifle. Boom-boom-boom. Bullets rip past her and pepper a wall. While Murray shoots, Assam fires three times.

Through the haze of gun smoke, Assam sees the man struggling on the floor. He props his head against a wall. Her weapon is up, trained on the man. She sees his hands moving near his shoulder. He’s trying to pull the pin on a grenade. He’s going to kill everyone around here, Assam thinks. She instinctively steps back and fires two more shots.

May 27, 2010
A 79-year-old man entered an AT&T store in New York Mills, New York carrying a .357 magnum revolver in his hand and a list of employees he planned to kill in his pocket. Hearing the hand cannon go off, Donald J. Moore drew his own personal weapon and killed the gunman before he could complete his plan. One employee was wounded in the shooting.

August 30, 2010
When a 62-year-old man armed with two handguns forced his way into Sullivan Central High School in Tennessee, he was immediately engaged by School Resource Officer Carolyn Gudger. Gudger put her body between the gunman and a student and started what would turn out to be a more than 10 minute gun-to-gun encounter. Gudger used the time to slowly move the man to a less crowded part of the school. When other officers arrived on the scene, a brief gun battle erupted ending with the gunman mortally wounded.

March 25, 2012
Aaron Guyton was inside the recreation building of his grandfather’s church when he saw Jessie Gates, a member of the congregation, pulling a shotgun from his vehicle. Guyton leapt into action, locking the doors to the church where services were going on. Gates kicked in the door and pointed the shotgun at Rev. Henry Guyton and several parishioners. Drawing his concealed handgun, the younger Guyton held Gates at gunpoint while two members of the church took him to the ground. Rev. Guyton then took the shotgun from his hand.

Dec. 11, 2012
Two people were killed and a third was seriously wounded at Clackamas Town Center near Portland, Oregon when a rifle-toting gunman opened fire in in the busy food court. Nick Meli, a shopper in the mall, drew a personally owned firearm on the gunman, who immediately retreated to a service corridor and killed himself. Meli did not fire his weapon for fear of striking bystanders yet authorities say his actions caused the gunman to cease his attack and end his own life.

January 11, 2014
After being refused entry to the strip club for belligerent behavior and racist comments earlir in the night, Thomas Elliott Hjelmeland returned carrying a handgun and wearing a Halloween mask. As soon as he entered the club, Hjelmeland opened fire, striking bouncer Brian Rizzo, a patron, and a waitress. Another bouncer, Jonathan Baer drew his concealed handgun and shot Hjelmeland, killing him.

Following the attack Baer posted to Facebook: “I did what I felt was right to stop the shooter…I carry every day, and will continue to, and will so with the hope that I will NEVER have to pull it out again.”

April 30, 2014
An irate former employee came to a construction site and opened fire on his co-workers. The site’s foreman, a Concealed Handgun License holder, drew his firearm and opened fire. Both men were wounded in the exchange of gunfire but the foreman’s actions ended the attack and no one else was wounded. 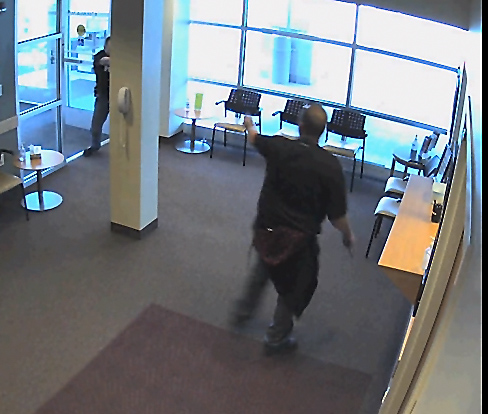 May 16, 2014
Armed with two handguns, a man entered the Cache Valley Hospital emergency room and began making demands. After demanding to see a doctor, he racked the slide on one of his handguns and told hospital employees “someone is going to die today”. While a security guard tried to keep the gunman’s focus on him, two corrections officers who happened to be at the hospital on an unrelated matter engaged from another direction. The gunman was shot three times and no other people were harmed.

July 25, 2014
A patient at a psychiatric clinic killed his case worker at point blank range and then turned his gun on his doctor, Lee Silverman, striking him several times. Before the gunman could leave the office and continue his rampage, Dr. Silverman drew his own concealed handgun and pumped three rounds into the gunman’s torso, mortally wounding him. Police and hospital staff hail Dr. Silverman as a hero and credit him with saving dozens of lives.

This article was originally published at controversialtimes.com.