The short supply of .22 caliber ammo might finally be ending

Albany to require gun locks at all times 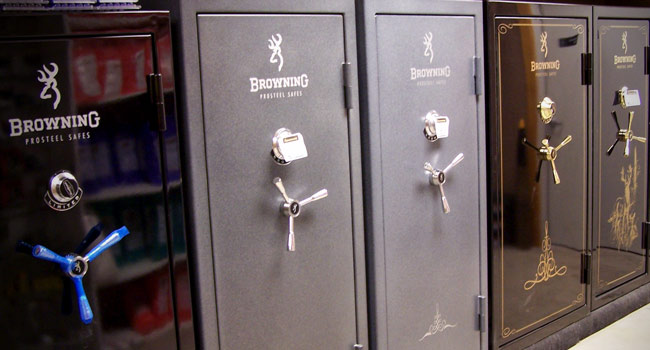 Gun owners who don’t lock up their weapons at home could soon face stiff fines or jail time after city lawmakers voted Wednesday to mandate secure storage of firearms in hopes of reducing thefts, accidental shootings and suicides.

The law, which takes effect Jan. 1, requires gun owners to either secure their weapons in a safe or render them unable to be fired with a trigger lock whenever the gun is out of their “immediate possession or control.”

Albany joins Buffalo, Rochester, Westchester County and New York City among the New York communities with storage laws, but Albany’s is the first to pass amid a campaign for statewide legislation named for a slain 12-year-old Wilton boy.

Nicholas’ Law is dedicated to Nicholas Naumkin, who was shot and killed in December 2010 by a 12-year-old friend playing with a handgun he found in his father’s dresser. The bill passed the Assembly this year, but not the Senate.

New Yorkers Against Gun Violence, a statewide group that backs gun control, is leading the push for Nicholas’ Law and its local companions, which the group says are also under consideration in Poughkeepsie, Newburgh, Syracuse and Saratoga Springs.

“It is common sense to keep firearms locked up to prevent accidents and injuries, and this legislation goes one important step further by holding adults responsible when firearms are not stored safely,” said 7th Ward Councilwoman Cathy Fahey, who sponsored it.

Citing people’s tendency to underestimate how lethal firearms can be, Dr. Laura Staff, a physician who works with the city school district, said she asks all families in her practice whether they have firearms at home and how they are stored.

“There are many people who say to me, ‘It’s in the back of the closet somewhere he wouldn’t ever find it,'” Staff said. “That really happens.”

West Hill Councilman Mark Robinson said he hoped the law will stymie gun thefts, which he believes fuels the bloodshed on the streets of his 5th Ward — long one of the nodes of gun violence in the city. “I know for a fact that a lot of these guns (are) not coming from my community,” he said.

But the co-founder of the pro-Second Amendment NY2A Grassroots Coalition, Jake Palmateer, said laws focusing on firearm storage “do nothing but penalize law-abiding gun owners.”

“The city of Albany would be better served if it looked at root causes of violence, and not the tools that criminals use to carry out that violence,” Palmateer said.

A first offense will be a violation punishable by up to a $250 fine or 15 days in jail. A second offense — or first that causes injury or death — will be a misdemeanor punishable by a $1,000 fine and year in jail.

This article was originally published by TimesUnion Albany.