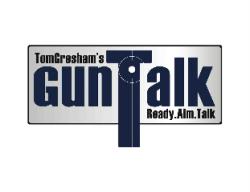 KBTK 97.1 FM -Prescott is the sister station to KBTK 105.1 FM in Falstaff, Arizona. Gun Talk airs on both stations on Sundays from 6AM – 8AM Mountain Time.

“Prescott has long had a great culture of shooting and love of guns,” said show host Tom Gresham. “With Ruger’s huge manufacturing plant there, and the great training facility of Gunsite just up the road, Prescott has become a destination for shooters. It’s great to welcome both experienced and new gun owners in Yavapai County to the Gun Talk family.”

In its 17th year of national syndication, Tom Gresham’s Gun Talk Radio airs live on Sundays from 2PM-5PM Eastern, and runs on more than 130 stations, plus on XM (Ch. 165) Satellite Radio. All Gun Talk shows can be downloaded as podcasts at http://www.guntalk.libsyn.com/ and Apple iTunes, or through one of the available Apps: the Gun Talk iPhone App, the Blackberry Podcast App, and the Gun Talk App for Android on Amazon. More information is available at http://www.guntalk.com.

(“Gun Talk” is a registered trademark.)