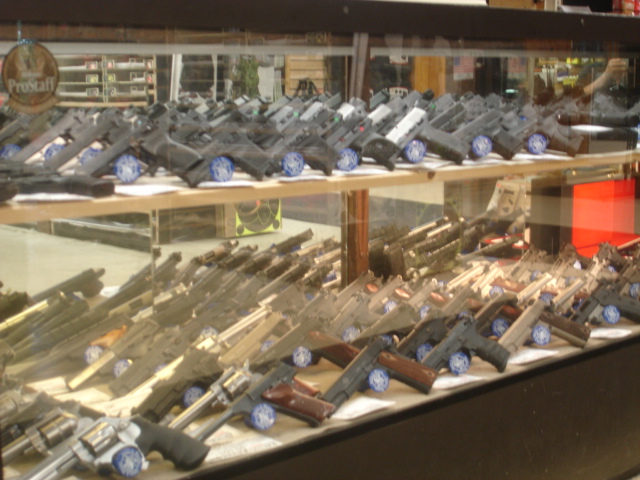 BLOOMINGTON, MINNESOTA — Local officials decided to pass an ordinance that would restrict where a gun store can be established. According to the new measure, a gun store cannot be 250 feet away from a residence, daycare center, or school. The only problem? That restricts locals from buying guns.

Located near the heart of Minneapolis and not far from the Mall of America, Bloomington is heavily zoned with residential spaces. This wouldn’t stop a person from driving a couple miles down the street and purchasing a gun nor would it stop an armed criminal from illegally obtaining one. The only question we have: what’s the point?!

According to ABC 5 Eyewitness News, Bloomington City Council approved the measure despite some protest from citizens saying it would impede their ability to purchase a gun.

Does a gun store’s location really affect violent crime? It’s something unfortunately touted by Everytown for Gun Safety, a non-profit organization dedicated to impeding the rights of law-abiding citizens and their access to firearms. In a lone study they promote, reducing people’s access to firearms is somehow linked to reducing gun violence.

That study has not been repeated nor widely upheld by other studies.

Bloomington is a community that has been characterized by a spat of violence. It is considered to be in the lower rungs of safest communities in America, evaluated on the pretense of its relative violent crime rate per 100,000 residents versus both the national and state-wide statistics.

There’s obviously a problem, there. But is it directly related to a citizen’s ability to obtain a firearm?

We would argue “no” — and not just because we’re obviously a pro-2A information site.

The problem isn’t a citizen’s access to firearms — it’s the access of criminals to firearms and their use of them. A major access point to firearms for criminals is theft. It’s the easiest way to obtain a firearm outside of legal channels. Because every Federal Firearms License gun trader or broker must screen his purchasers through a federal background check, the issue of whether or not a law-abiding citizen will obtain a gun for criminal purposes is largely moot. And, we’re also covered under strawman purchases — because that, too, is illegal and would punish both the purchaser and the criminal who received it.

So, what’s the issue with having a gun shop in your local residential area? Are local lawmakers concerned someone will wake up, out of the blue, and purchase a gun for nefarious purposes?

If that was the case, they would only need to travel a little bit down the street in almost any direction. The locality of the gun shop doesn’t appear to play a role.

Where it does impede is when you have local citizens who are naturally alarmed at the high rate of violent crime in their particular part of town and want to obtain a handgun or firearm for personal protection. For those who don’t have access to a car or don’t feel comfortable transporting a firearm by mass transit, local shops are often the only outlet for those people to legally obtain a gun.

Well, we’ll check back on this story in a year or so and see if there is any indicator that restricting the location of a gun store in proximity to an area zoned as residential plays any role in making that community safer. On the surface, it appears to just hurt law-abiding gun store owners and citizens.

This article was originally published at Concealed Nation.