Hunt… off the track 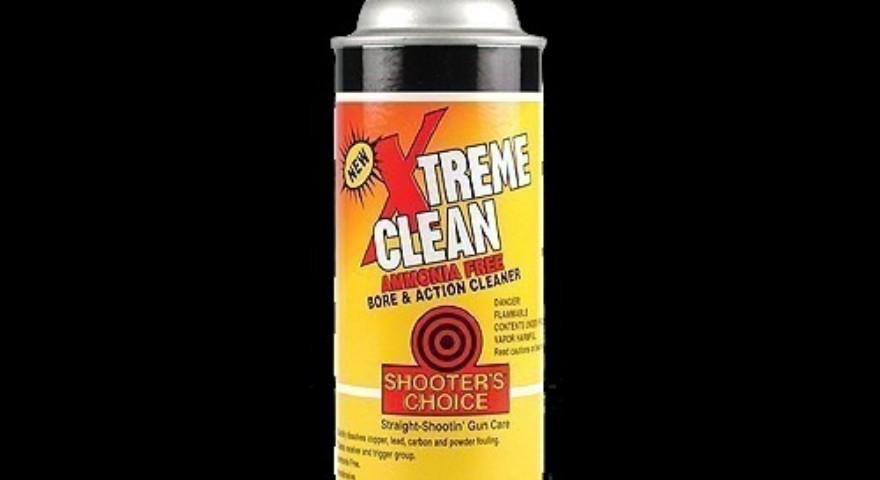 Just how much scrubbing does the average rifle or shotgun need? The author feels that many hunters may be cleaning too much.

Philosophies on cleaning firearms divide shooters into three categories. First is the crowd that scrubs and cleans to a level that would make a surgeon proud. On the other end are duck guides whose idea of cleaning after a hard day of shooting is to dunk the shotgun in the water, action open, on the way back to the dock.

Most fall somewhere between those extremes. The average hunter whose firearms only see a few boxes of ammo per season has a different set of needs than the dedicated benchrester or sporting clays shooter. We want our guns clean enough to stay accurate and reliable, but the less time we devote to that task, the better we like it.

Firearms are basically simple machines. They need an element of care to keep functioning. Externally, it’s a relatively simple chore. A thorough wipe with a light oil is usually enough during the season, but afterwards, you need to remove the stock to be sure those areas normally out of sight are protected. Anyone who spends much time in the used-gun market has seen the effects of not periodically removing the stock. You can wind up with a gun clean on the outside, but a rusty mess where covered by the woodwork.

With the stock removed, pay attention to the trigger assembly. Chemical advances have all but eliminated the need to take them apart. Any of the commercial cleaner sprays or carburetor cleaner can be sprayed into all the nooks and crannies to flush out crud. Whatever you do, don’t let it get on the wood or even some polymer stocks, as it will mar the finish. This stuff removes everything, including protective oils, so be sure and spray a quality lube back into the trigger when the cleaner has dried. Dry lubes made from graphite are best used in the trigger and action area if you hunt in subzero temperatures. If you don’t venture out in super-cold weather, any good-grade lube will work.

Cleaning sprays also work wonders in semiauto actions, in everything from .22 rimfires to shotguns. They can be used without disassembling the rifle, but take care not to overspray on the stock. Through the season, a quick spray and reoiling, also with a spray lube, is all my hunting arms ever see. And with more than 100 days of hunting annually, in good to harsh weather, it’s all I’ve ever needed. The sprays are marketed under a variety of different brands. Bore Tech, Break Free, Outers and Shooter’s Choice all offer a version. They all work, but stink like blazes, so be sure and do your spraying outside.

Bores, both shotgun and centerfire, see complex fouling. The bore collects a layer of copper coating from bullets, carbon buildup from powder, and lead and polymer deposits from shot and wads — all deposited under tremendous heat and pressure. As these deposits build, accuracy declines. The key is how much is excessive.

There is the odd rifle in my rack that only shoots well when squeaky clean, but I don’t keep those around long. Most shoot best when slightly fouled. It might sound like heresy, but even my shotguns pattern better when the barrels and choke tubes are somewhat fouled. I never use the results of a squeaky-clean bore when patterning.

Most rifles should shoot a box or two of ammo without losing their edge. For that level of use, the occasional wet patch or two with a modern cleaner like Bore Tech, Hoppe’s, Outers or Shooter’s Choice to knock out the powder fouling is all you need. After the season, you need to thoroughly clean to get rid of the buildup. In days past, milder cartridges operating at lower pressures left a degree of fouling that could be removed with conventional solvents. Shooters would scrub, swab and scrub some more, looking for the proverbial “clean patch” to indicate the bore was clean. Jacket deposits or copper fouling were rarely a problem, and if present, shooters usually weren’t aware of it, as it didn’t respond to conventional solvents. It was much the same with polymer deposits from shotgun wads. If you scrubbed long enough with a wire brush, you could eventually get it out.

That’s not the case today. Standard cases are factory loaded to much higher pressures, and the crop of long and short magnums move bullets down bores at ultra-high velocities and pressures. The resulting fouling sticks with a vengeance, and here’s where things get complicated: Getting it out with conventional brush and swab techniques calls for long and tedious scrubbing and mounds of dirty patches. Anytime you run a cleaning rod down a bore, you run the risk of damaging the crown and the chamber. This is true of even the much preferred one-piece coated rods. Hours of such repeated passings, attempting to scrub out stubborn fouling, often do more permanent harm than good.

To shorten this process and minimize the mechanical risk, aggressive chemicals like Sweets that quickly attack the copper can be used, but all carry dire warnings. If left in a bore for longer than 15 minutes, they will move past the copper and etch the bore, permanently ruining it. Aggressive ammonia-based solvents are hard on bores, brushes and rods.

It’s amazing with our level of chemical sophistication that a simple solution has not shown up sooner, but it’s here now. Several firms have introduced products that cut through crud, lead and copper fouling, and take a bore from filthy to squeaky clean in a matter of minutes. I expect more will follow.

The first, Extreme Clean from Shooter’s Choice, comes only in a spray. To use it, first run one or two patches soaked with the spray down the bore to push out the big stuff. Then, spray the solvent down the bore in short bursts, allow 2 to 4 minutes for it to work, then brush for 8 to 10 strokes with a brush sprayed with Extreme Clean. Finish with a dry patch. Two or three such applications should be all that’s needed. Afterward, reoil the bore and you’re done. This spray will also work on trigger assemblies and semiauto actions, but be sure the excess fluids are allowed to drip out on a surface that won’t mar.

The second product, Eliminator from Bore Tech, is aptly named, as it has all but eliminated every other cleaner from my bench. Its use is equally simple and fast. Push three soaked patches through the bore to remove large particles and to soak the bore. Wait a minute or so and make about 15 passes with a properly sized nylon brush wetted with Eliminator. The company specifies nylon, not standard bronze. Rewet after every five passes. Two or three dry patches finish it. Reoil and put away your gun.

A third product, Bore Cleaning Foam from Break Free, is a spray foam that’s not as runny as the liquids. Spray it down the bore, leave it for 15 minutes, scrub lightly with a bronze brush, and remove with a solvent-soaked patch. Two applications and everything, and I mean everything, is gone. Reoil and you’re done.

As a full-time gun writer, I often shoot from dawn to dusk testing guns and loads, and the fouling buildup can be intense. These products work precisely as claimed, and the proof is clearly shown by inspecting with a borescope. The obvious red smears of copper fouling and black carbon deposits hidden in the lands and grooves are completely gone, no matter how badly fouled the bore was when I started, leaving only squeaky-clean, bare metal – a result that used to take hours of tedious scrubbing to attain. One caution: Squeaky-clean bores do strange things. Be sure to shoot one or two fouling shots before heading afield next season to make sure the gun is still on.

The latest entry to the cleaning world are protective shields, chemical agents designed to be oversprayed after cleaning and lubricating. These are said to keep moisture off metal parts. I have used most of the new entries both externally and in the bore, and while they do offer an element of protection, it would be a mistake to totally rely on them. They can be quite useful underneath the stock for a little more peace of mind, especially if you hunt in wet weather.

Cleaning aids have come a long way. It’s still vital that we keep our guns clean inside and out, but it’s not the tedious, time-consuming chore it once was.